Amy Brock McNew is a dear friend of mine and I also happen to be a fan of her books.

I’m super excited that she’s releasing Sleeper as an indie author as she is a traditionally published author with her other novels.

Without farther adieu, here’s the gorgeous cover for Sleeper.

A throne with no ruler.

Makenna is a self-proclaimed freak with abilities she can’t control. She’s clawed her way through life, fighting to maintain her sanity. Her lonely existence has only fed the vicious animal within her, one she barely contains and doesn’t understand.

Rhys has prepared since birth to be alpha and king of an ancient race of wolves. Instead, he leads half a fractured clan against a depraved madman. But victory begins to slip through Rhys’s fingers. Only one thing can save them. A single requirement for him to claim the throne:

Bonding with his mate, the one warrior queen born to each generation, the incarnation of a primal warrior goddess who holds more power than any of them can imagine.

When Rhys finds Makenna, he believes the battle has shifted in his favor. He never imagined his heart would want her as much as his body. While Makenna is drawn to Rhys with terrifying intensity, his arrival triggers an acceleration in her abilities, the beast within her growing stronger than ever.

Will discovering the truth give Makenna the peace she craves, or will it ignite a savage escalation in the war, drenching their lives in blood?

Doesn’t that look and sound amazing?! 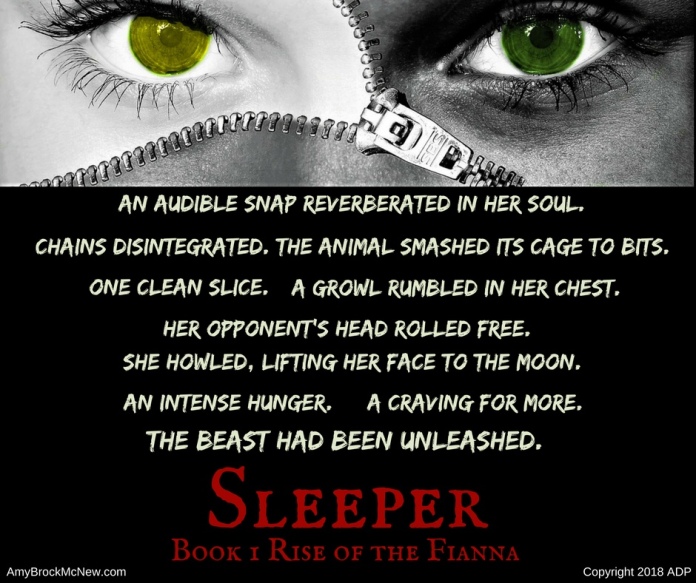 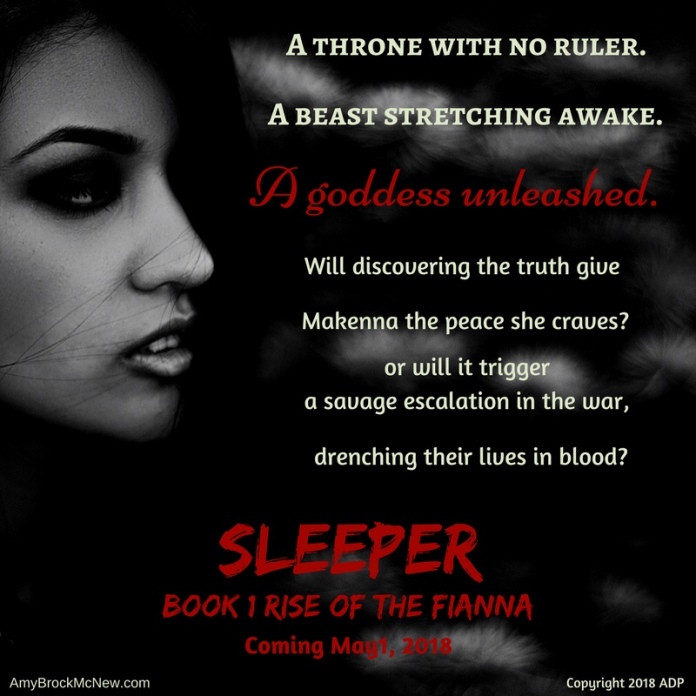 Make certain to add Sleeper, Rise of the Fianna Book 1 by Amy Brock McNew to your TBR list!